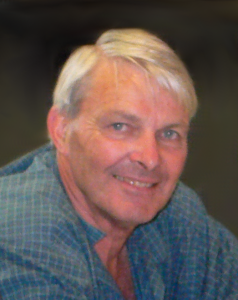 (Nelson to Whanganui and across to Hastings)

The School Certificate in Woodwork that David attained in the 1950’s included all the theory and much of the practical experience required for him to be able to build a ‘state house’ from start to finish; everything from foundation work, setting out the timber framing, accommodating roof loads through use of load-bearing walls, pitching gable and hip roofs, manufacturing wooden casement windows, frames and sashes, staircases, and much of the joinery to be found in a typical state house of the time. All this served as a valuable foundation on which he went on to master the finer aspects of woodworking and cabinet-making throughout his career.

When David first left college, he worked in the drawing office of the architectural firm Gray Young, Morton, Calder and Fowler, (Sir Michael Fowler 1961 to 1963).

In 1963, David began his cabinet-making apprenticeship with Drexel Furniture, and completed it after transferring to J.W. Backhouse Ltd (Wellington).

After achieving his Diploma of Teaching in 1971, David taught woodwork and technical drawing at secondary level for 16 years.

During 1974 and 1975, at Auckland Technical Institute (ATI) he taught Cabinet-making Apprentices.

Under the auspices of the New Zealand Arts Council, as it was then known, David had the privilege of sharing his college workshop with James Krenov in 1983, and with Alan Peters in 1985.

Latterly, David has been creating interior joinery for super-yachts and custom-made furniture for residential and office use. He now specializes in creating to order one-off pieces of fine furniture and joinery and cut fret-work for villa verandahs.

Recently David has been engaged as an “expert witness” in a copy right case in furniture.

Outside of woodworking, David was a member of Auckland Toastmasters Club from 1974 to 1987.  In that time he was Education Vice President and served as President in 1978.
His interests include calligraphy, classical music, jazz and a wide spectrum of reading.